The Southfield Parks and Garden Club 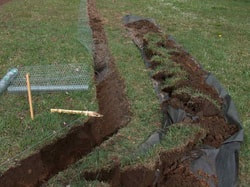 The first thing we did was to put in stakes every 20' along the perimeter where the fence line was to go.  Then string was placed between the stakes and a 3' width of landscape fabric was laid out away from that line.  We dug the first cut about 8" straight down, then a 45 degree angle was dug to the outside, with the sod and dirt lifted out and placed on the landscape fabric.  The use of fabric made it much easier to replace the pieces when the trench was finished.  Next, a 3' wide length of chicken wire was laid along the open trench, then eased into it so that about 1' remained vertically standing out of the trench on the inside of the line.  The vertical piece would attach to the plastic fencing, and the underground angle would be reburied to keep digging animals out.  We originally thought we could make due with 1' of chicken wire above ground, but that proved too short (rabbits) and we went back and attached another 2 or 3' fencing section above it.  Now, in June 2015, it appears that due to the chicken wire rusting and the wear and tear caused by mowing and trimming, we'll have to rethink the interface between air and ground.  We've had both rabbits and ground hogs in to visit in the last few weeks. 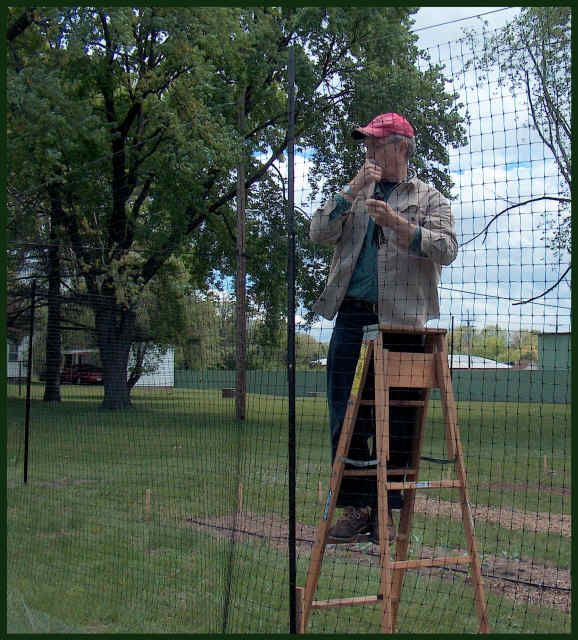 Holding in the beans